French sailing team Bejaflore are a stage away from winning the EFG Sailing Arabia – The Tour trophy. Team Beijaflore is a venue and two scoring points away from becoming the new champs of EFG Sailing Arabia. They are the clear favourites to usurp EFG Bank Monaco as Tour champs with their ten point lead. 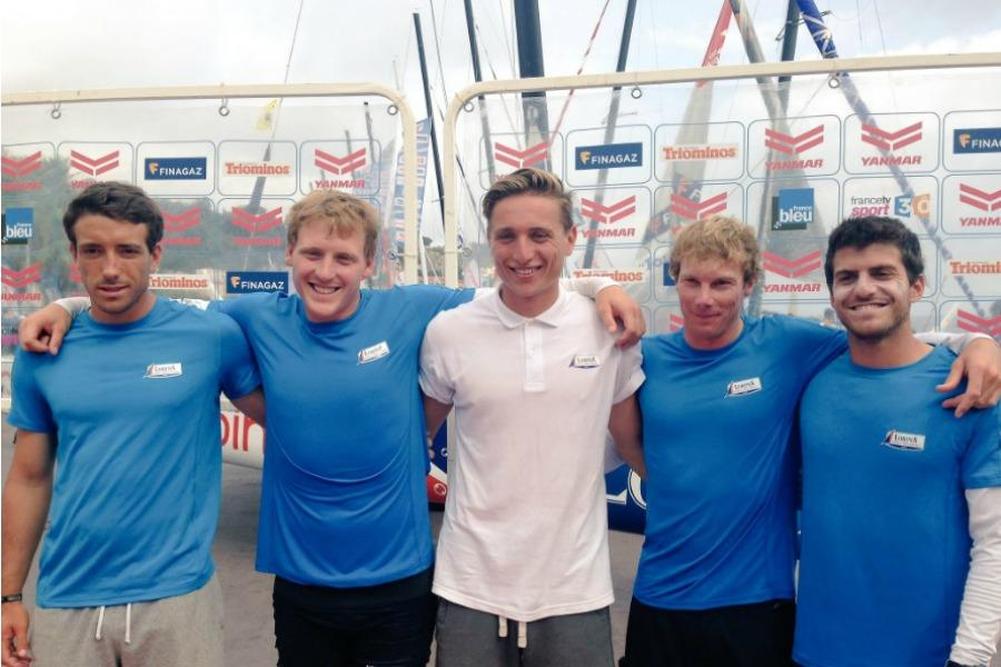 There are one coastal raid and stadium race day events to claim the crown. Podium finishes aside coastal raids win in Salalah, stadium racing victory in Duqm and Sur coastal raids ensured Beijaflore are the side to beat. For EFG to retain their title they would need to emerge winners in both races while Beijaflore finish last – a thing that is very unlikely.

“Despite our lead we aren’t thinking about the overall result. We will just treat the last part of the regatta like we have treated all the others. Our goal is always to sail fast and to beat the other teams. The rest will come,”Beijaflorecaptain ValentinBellet said.

EFG Bank Monaco have better chances fighting off the competition from Steve Morrison-led Averda. The two time Olympian won in the Sur stadium racing series and had other good results to go two points of EFG Bank Monaco.

The Tour finale will begin with a coastal raid from Bandar Al Rowdha to an old town Muttrah in Muscat on the 16th before a closing day stadium race on February 17. There would be a prize giving ceremony on the evening of the 17th at the Muscat’s National Museum of Oman.